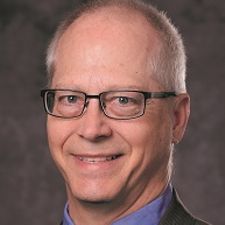 Since joining NTEA in 1999, Steve has provided research and analysis on work truck industry markets. He delivers continually updated insights on everything from leading economic indicators for industry application markets and the U.S. economy, to OEM shipments and sales data.

Steve started his career as an economic statistician at Department of Commerce. He joined the Peace Corps in 1981, and completed a two-year tour of duty in the Republic of the Marshall Islands where he worked for the government as an economic development adviser. Upon returning to the U.S., he joined National Fluid Power Association as an economist and statistical services manager.

Since 1991, he’s taught economics at Milwaukee Area Technical College. In addition, he’s a member of National Association for Business Economics (NABE), where he’s served as Corporate Planning Roundtable chair and is a forecaster for NABE Outlook. He’s also a panel member for Bloomberg’s monthly forecast and was previously named one of Bloomberg’s top economic forecasters. Steve earned a master’s degree in economics from the University of Utah (Salt Lake City, Utah).