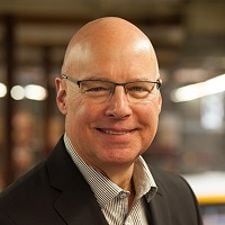 Matt O’Leary is the Chairman and CEO of Motiv Power Systems. Before Motiv, Matt had worked at Ford Motor Company for over 38 years. He has extensive global experience in product development, purchasing and finance. He was the Vehicle Line Director, North America Trucks, SUVs and Commercial Vehicles. Prior to that he was the Product Development Director for Ford South America Operations and led the development of the all-new EcoSport and Ka global vehicles. Matt also served as the Director of Corporate Strategy, establishing a strategy process and plan for profitable growth in Asia. Prior to that he served as Chief Engineer, F150/Expedition/Navigator and was responsible for the highly successful, all-new 2009 F150, which won numerous awards including Motor Trend Truck of the Year, North American Truck of the Year, Truck of Texas, JD Power Initial Quality, and Consumer Reports Recommended Buy. Matt earned a Bachelor of Science in Mechanical Engineering from University of Michigan – Dearborn, and a Master of Science in Management from Massachusetts Institute of Technology.