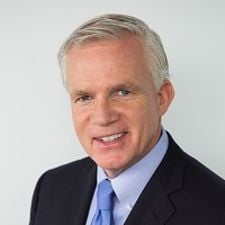 Craig Harper is Chief Sustainability Officer and Executive Vice President at J.B. Hunt Transport Services, Inc. He joined the company in 1992 as Vice President of Special Commodities and, after five years, was appointed to the role of Chief Operations Officer. In 2020 Craig was appointed to the role of Chief Sustainability Officer. Craig is responsible for leading the company’s sustainability efforts including initiatives involving electric and autonomous vehicles and other emerging technologies. He will continue to lead driver hiring, orientation and safety programs, as well as fuel purchasing for the company. Craig serves on the board of the Blockchain in Transport Alliance, the Alliance for Driver Safety & Security, and the Arkansas Trucking Association. He holds a bachelor’s degree from the University of Arkansas and a doctoral from the University of Tennessee.

Plenary: How Partnerships Are Propelling the Autonomous Freight Market

For autonomous transportation to become reality — particularly in trucking and freight — an ecosystem of partnerships must evolve around technology providers, traditional carriers, logistics services, and suppliers to the chain. More Info