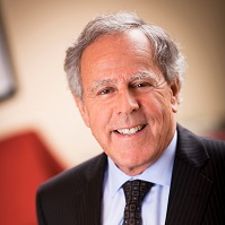 Press started his career at Ford, moving to Toyota in 1970 serving in a number of executive positions before being named COO of Toyota Motor North America.  Press was added to Toyota's board of directors, the first non-Japanese board member in Toyota's history. In 2007, Press left Toyota to join Chrysler as Co-President and Vice Chair.  Press enjoyed a rewarding and educational decade long retail relationship with various McLarty Company auto interests. He is currently serving as Executive Advisor to Hyundai Motor North America in addition to his advisory role with Work Truck Solutions

As disruptions continue to rock global vehicle production, it's clear that new solutions are needed to fix a broken supply chain and change the model itself. More Info